Surgevania is a short but intense metroidvania game inspired by games like Environmental Station Alpha and Monolith. The game was made for Metroidvania Month 8.

NOTE: There are two third-party music tracks included in the game.

The controls are further explained ingame. Some abilities require a combination of inputs.

The font was created by Jerom at OpenGameArt.org:
https://opengameart.org/content/small-blocky-font

If you like the game's palette, here it is!

Very nice design! I like the combination of skills! And two button controls, was it enforced by some fantasy console or just an extra challenge?

The progression is nice despite the difficulty of having a open level. Of course, metroidvania unlocks help manage that so I never felt I was “in the wrong place” except when there were no checkpoints for a moment and I was wondering if I wasn’t approaching a boss too early (see more below).

I find too bad that it doesn’t explain you can press X then Z to land mines, it turns bullets into mines and adds another layer of tactics. It’s nice to discover but I think it may be part of the core explanations. How to use them efficiently, would be the player’s job.

There are still a few quirks:

I hurried to the last boss room as I had 10 seconds (*) left, wasn’t fully prepared but it was a challenge to make it with 4 hearts. I noticed you can move onto the boss which opened new possibilities (I switched from defensive to aggressive… and it worked).

* I like the countdown putting pressure on you, it makes the experience feel very intense. But… don’t tell me it’s a Metroidvania countdown? ;)

Thank you for the in-depth feedback. It's always helpful to know how things could be improved.

Originally I had meant to add certain types of enemies that could only be killed by the mine bullets which you discovered, like an enemy with a permanent shield around it. I had to cut it due to lack of time.

The countdown is actually a magic countdown: https://tvtropes.org/pmwiki/pmwiki.php/Main/MagicCountdown

I trust you have played Undertale :)

The cut enemies would be like ships with shields on the sides than can only be hit vertically? Ah, reminds me of Zelda: Skyward Sword…

The slide on the Magic Countdown page shows a linear law, which means the countdown is meant to reach zero with a square law. I guess with an inverse exponential law, you could make it last indefinitely too. Or you could actually implement the Being Watched system but you’d need an eye tracker (but it would work at low cost in a first-person game where you watch time on a diegetic clock!)

As usual, your games are a masterpiece for my taste buds :) They are the right amount of time for me, they are interesting to explore, with interesting new stuff to find and acquire :)

GOOd job, you make a game simple and fun 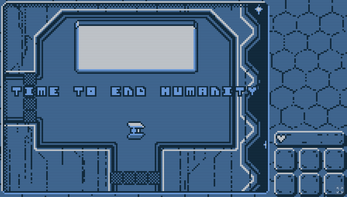 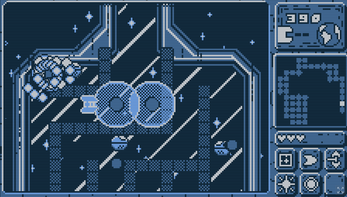